This piece was a collaboration between aerial artist, Kira Schaffer and community engagement artist, Bryan Dubien. The purpose of the piece was to encourage audience members to share their experiences and feelings around the topic of grief.  Audience members were invited to speak into a microphone as it was passed around the theatre while the performer responded to the words offered by the audience through improvisational dance and movement with aerial fabric. With the audience words as poetic soundtrack for the movement we created a performance ritual in which people could express their feelings around the topic of grief, a topic which is often difficult for people to talk about in our culture.  It provided a space for strangers to witness one another and for a deeper connection between performer and audience as co-creators in artistic expression.  At the end of the interactive performance, participants were offered an opportunity to write words related to their experience on rocks that had been gathered for this purpose. 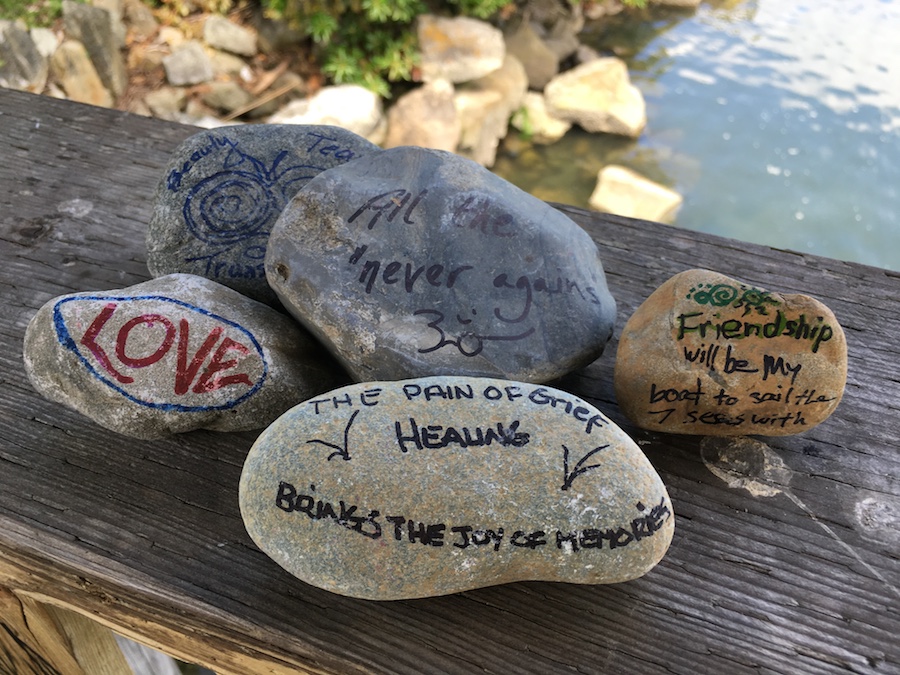 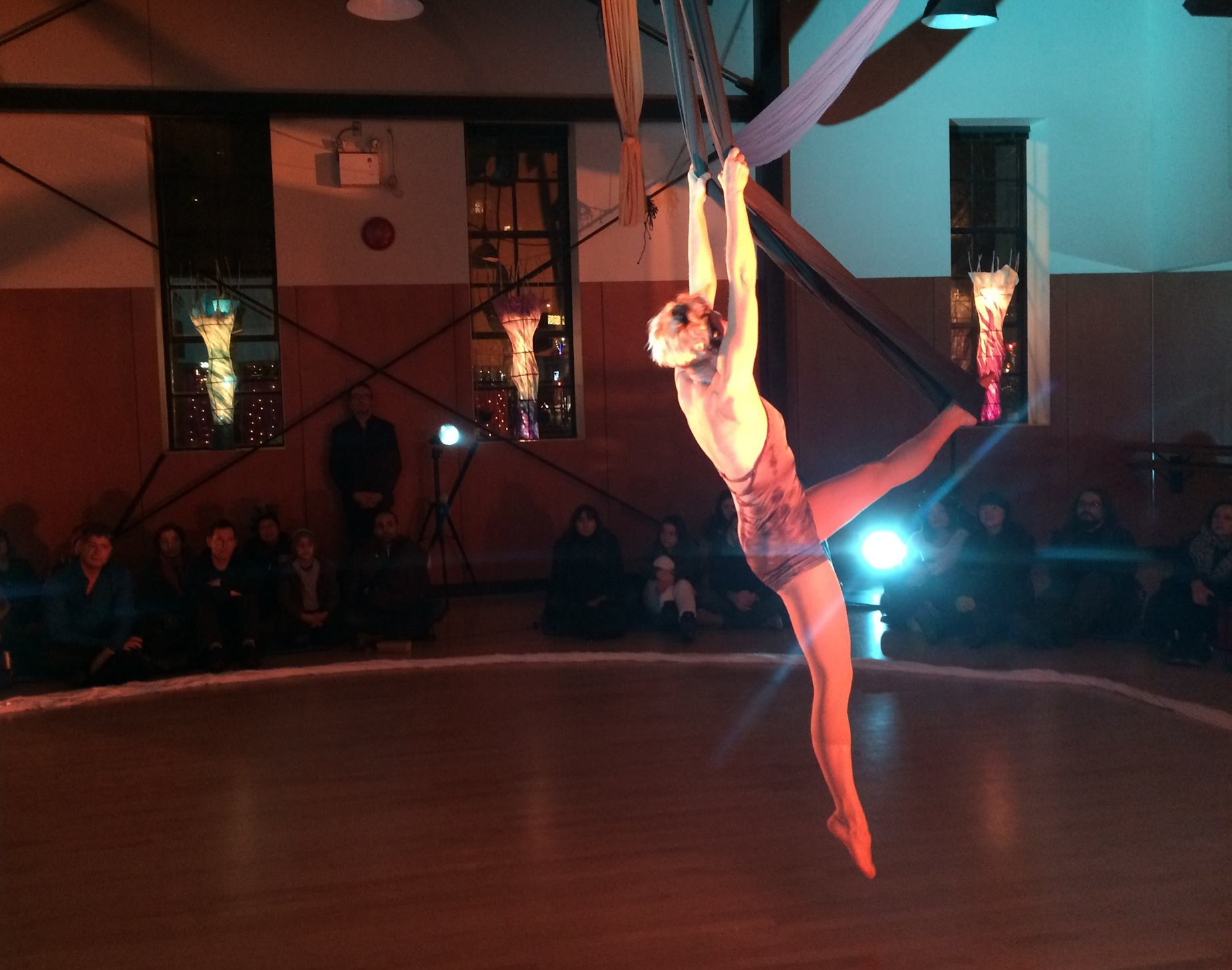